Come and join us on Tuesday 16th July at 6PM outside Ealing Town Hall to show the Council how unfair and unpopular their Library plans are. 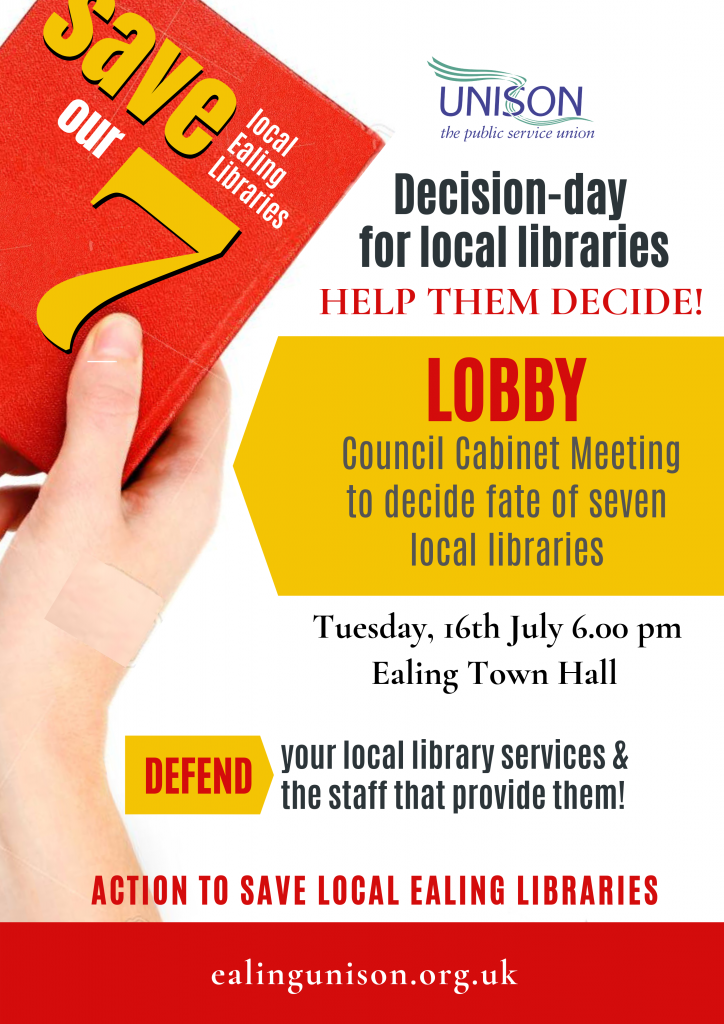 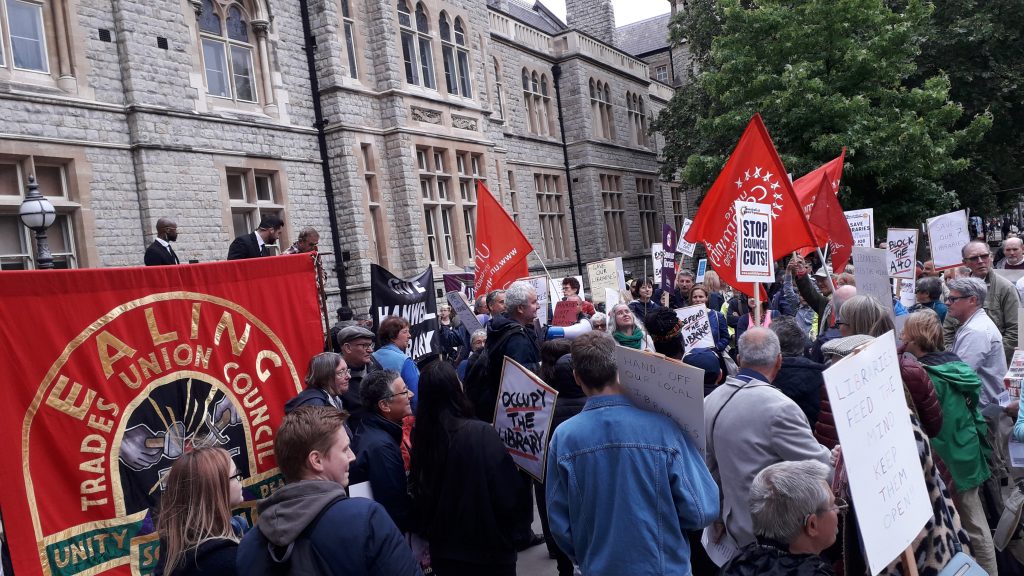 Ealing Unison led the lobby of the council meeting on Tuesday 11th June 2019 at the steps of Ealing Town Hall. Over 150 people from the local community, including Librarians, library users, young and old and Ealing Trades Council, assembled to send a message to Ealing Councillors that we value and use our Libraries across the borough and that we will not accept any proposals to close or offload 7 Libraries to voluntary and/or community organisations so that the local authority will no longer need to employ staff to run these vital services. If no community groups come forward then 7 Ealing libraries will close. Either way this will result in large staff redundancies and many negative consequences for our society as a whole.

James Conlon, Libraries Convenor for Ealing Unison, led the lobby and gave an impassioned speech outside the Town Hall which set the tone for the lobby itself.

Although Library proposals were not on the agenda at the full council meeting yesterday, Unison and the local community wants the council to be in no doubt that we are here to protect, preserve and defend or members jobs and our community’s public services.

One attendee of the lobby yesterday said:

“The fact that Ealing librarians and the libraries themselves survived years of outsourcing to Carillion, and yet up to 7 Libraries and 35 full time posts are at risk of redundancy after being brought back in house to Ealing Council, is a disgrace.”

Those who lobbied handed out flyers to members of the public and councillors who were making their way to the meeting.

Please stay tuned for more details about upcoming events in our Libraries campaign and a big thank you to all who attended yesterday. Let’s spread the word that Libraries are a crucial part of our community and we won’t accept a Labour authority’s attempts to impose Tory cuts any longer. 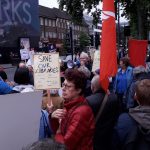 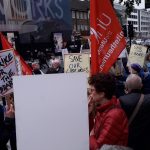 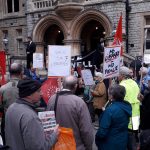 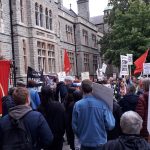 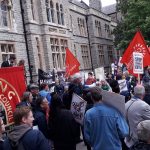 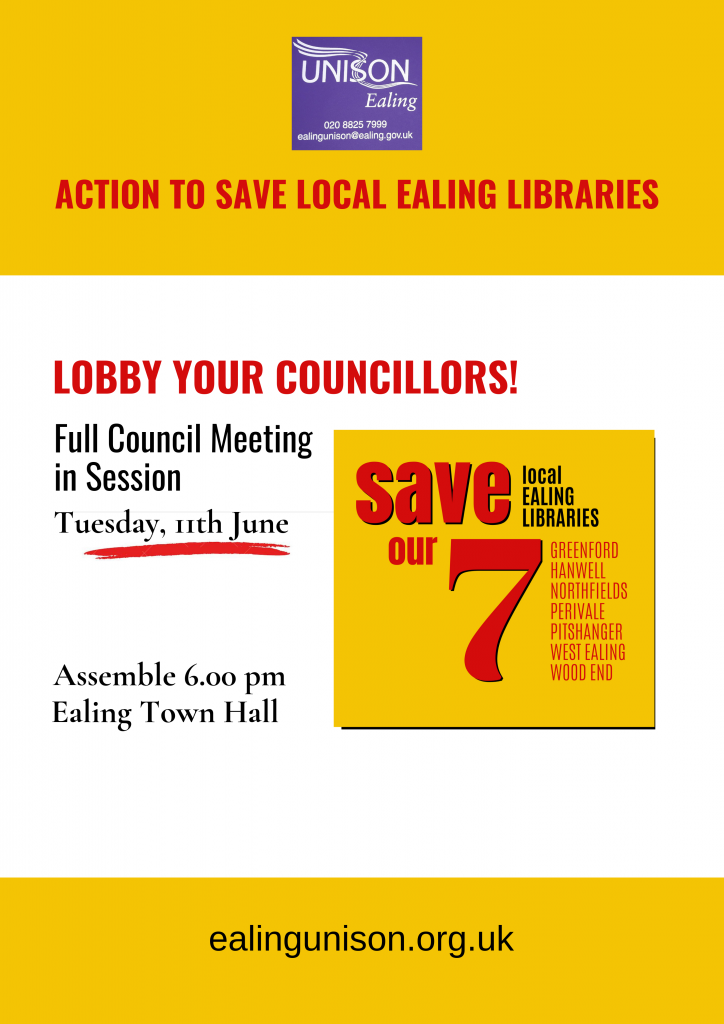 Public Meeting on Wednesday 8th May 2019

Ealing council have announced proposals to potentially close up to seven local libraries. Within these 7 libraries, the Library workers will be replaced by volunteers. If no volunteer groups come forward these libraries will close.

If you value your local library and the benefits that it brings to our communities from the youngest to the oldest and most vulnerable join our campaign.

Here is what you can do:

CLICK TO Participate in the consultation and object to the proposals 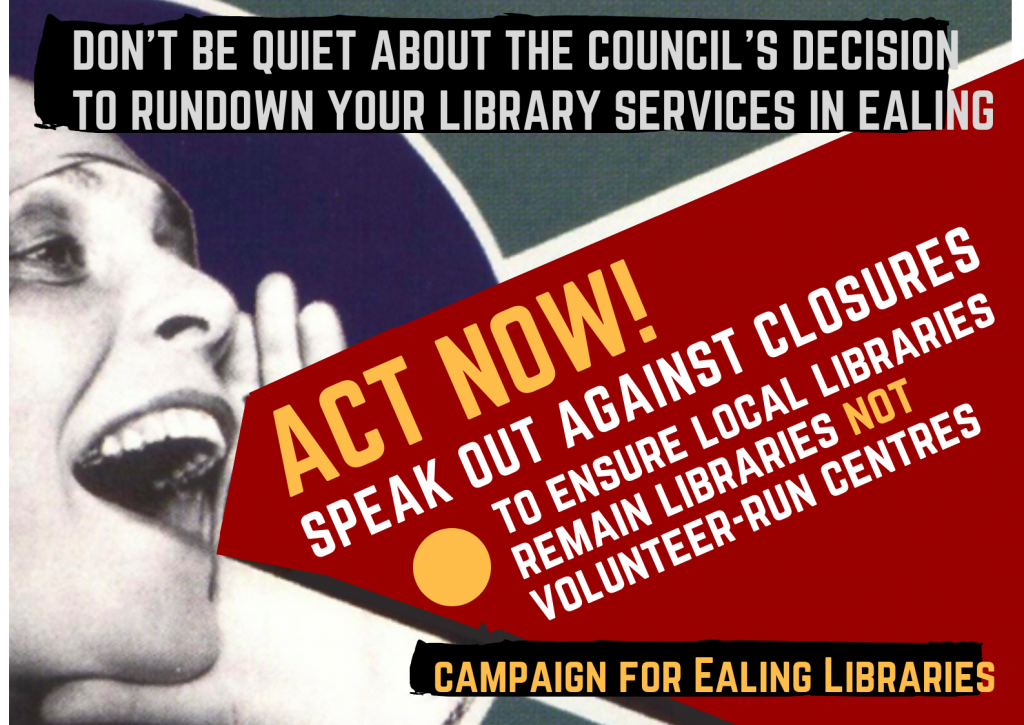 TOGETHER WE CAN WIN

Let’s make the council think again. Libraries are an investment in the future. Once a library closes it is gone forever.

Please help us protect jobs and services in EALING

Here is a brief update on our campaign to save the seven local libraries threatened with potential closure by Ealing Council.

The public consultation meetings have now taken place and the ones that I was able to attend were very lively. The councillors and council officers who attended will have noted the anger and dismay of the vast majority of those attending these meetings.

We are now running a stall every Saturday in Ealing Broadway.

If any of you have a couple of hours to spare between 11.00 am – 1.30 pm please come down and help us. Your jobs are on the line and we need more of you to become actively involved in the campaign. If you are unable to help out on the stall then at least distribute some of our leaflets in your local neighbourhoods.

In addition to the stall in Ealing Broadway a grassroots movement is gaining momentum in the Greenford area. Again if any of you who live or work in the north of borough would like to become involved please let me know.

A Petition to save Northfields Library is available on Change.org.

Many of the shops, cafes and bars in the Northfields area have leaflets on display. I have addressed several local Labour party meetings and I can assure you that many Labour members are totally opposed to these outrageous Cabinet proposals.

On Wednesday 8th May we are holding a public meeting in the Liz Cantell room in Ealing Town Hall at 7.00 pm. We are hoping to have several guest speakers and will be looking to escalate the campaign leading up to the Cabinet meeting on 16th July. Please come along if you can.

We are not alone!

We are expecting more support from other Trade Unions and organisations as the campaign gathers increasing momentum. I am sure that we have public support on our side and that the majority of Library users would like to see their local libraries run by the council employing trained library staff.

Austerity is a choice NOT a given.

Austerity is an attack on the poorest and most vulnerable members of our communities. With greater imagination Ealing Council could find a way to pay for both the libraries and Children’s Centres our communities need.

One example would be the use of Section 106 notice whereby developers seeking planning permission would agree to pay the cost of running the library service. They could also use the Community Infrastructure Levy (CIL) to pay for the service, again through planning applications. One property in Dickens Yard is on the market for £1,495,000. House builders profits are going through the roof : https://bit.ly/2EGTxnX

Another alternative would be to pay this year’s budget out of council reserves and the increase council tax next year by one per cent to pay for libraries and children’s centres.

It would appear that the Labour group running Ealing council have an ideological antipathy towards libraries having first unsuccessfully attempted to close local branches in 2011 then outsourcing the service to John Laing/Carillion in 2013.

The Library service in Ealing and our jobs and futures are worth fighting for.

I hope that more of you will stand up and join the Campaign.

Together we can win.

On Tuesday 15th January at an Ealing Council Cabinet meeting Ealing Council formally launched their proposals for savage cuts to the Library service in Ealing.

This will result in just 6 libraries being directly managed by the Council. The remaining 7 libraries will be run by an, as yet unnamed, community volunteer organisation or will be offered to the local communities to run and staff their local libraries with volunteers.

In the event that no community groups come forward the libraries will be closed permanently.

Some of the libraries will be relocated to alternative sites which will inevitably lead to former library sites being sold off to the highest bidder.

The treasured Home Library Service which provides an invaluable service to the sick and housebound will also be offered as a commissioned service through the voluntary sector. Library opening hours will also be cut.

The rationale given for these cuts is the reduction in grants from Central Government, while this is inevitably true it does not justify the barbaric nature of the cuts being imposed on libraries in Ealing. The people of Ealing did not elect a Labour council to carry out the Conservative Government’s austerity agenda with such apparent relish while hiding behind the all too convenient excuse that there is no alternative. Where have we heard that before? It is ironic that a Council that has rightly been vociferous in its opposition to NHS proposals for Ealing Hospital should adopt the same rhetoric to justify cuts in valued services for which it is directly responsible.

Ealing Libraries were privatised in 2013 to John Laing in 2013. John Laing were then subject to a share buyout by the now infamous and reviled outsourcing company Carillion. Carillion continued to run the Library contract in Ealing until they went bust in January 2018. After some prevarication, with no alternative provider coming forward and the outsourcing model thoroughly discredited, Ealing Council reluctantly decided to take the Library Service back “in house”.
Prior to Carillion’s liquidation the Council announced in a Cabinet report in January 2018 that it’s preferred option was for Carillion to continue running the Library contract in Ealing and retaining all thirteen libraries :

Why are the Council coming back for more? Hasn’t the Library Service already been cut to the marrow bone.

There have been many academic studies that indicate that for every pound spent on libraries the benefits to local communities pay that sum back tenfold in so many different ways.

Contrary to what we are being told by Ealing council, not everything can be measured in pounds, shillings and pence:

In addition to the brutal impact these proposed cuts will have on the fabric of our local communities there will also be devastating implications for library staff and their families. Many library staff, with decades of loyal service to their communities and to the council, will be consigned to the scrap heap, sacrificed on the altar of austerity.

All this at a time when London has the highest child poverty figures in the country and literacy levels are in decline. Parents are finding it difficult to manage with wages flat-lining and living costs rising. Many in our communities are in precarious employment. Many others need libraries to access local and government services that are vital to their well-being. Is this the time to implement these cuts?

Unison is fundamentally opposed to these proposals and we would ask all residents of Ealing and whatever local groups you may belong, to contact your local councillors and Members of Parliament and register your profound disapproval.

Please participate in the consultation regarding these proposals that will be commencing in February.

Help us fight for libraries, library workers jobs and our communities. Join in our campaign.

Together we can win!

We use cookies on our website to ensure you find the information you need in the simplest way. By continuing to use our website you are consenting to their use. Find out more about cookies and how we use them.